It’s one thing to be able to serve great food. It’s quite another to be able to show off those dishes in words and pictures on Twitter so well that your followers like your tweets almost as much as your eats.

That’s the irony of marketing a restaurant in this day and age. As if it’s not enough to be considered one of the best places to go for a bite to eat in town. Now they have to have the popularity on social media to prove it.

Okay. Maybe that’s a stretch, but the importance of displaying their menus everywhere people are congregating online today cannot be underestimated. More and more potential customers are stalking their every move not just on the grapevine, but on a bevy of newfangled communication channels before they decide to make their reservations.

They’re looking for social proof of a restaurant’s ambience, reputation, quality and personality.

They’re looking for an excellent place to eat and drink as well as a cool place to see and to be seen not just in real life, but on social media, too.

They got this, though. At least many restaurants in the Boston area do. They understand that diners today are looking for an enjoyable experience on both the table and Twitter, Instagram, Facebook and the like.
Here are 10 examples of Boston restaurants crushing it on social media:

This hip, go-to eatery on Newbury Street is also an excellent place to visit on social media, especially on Instagram, where their visual content – hashtags included – lives up to their reputation for offering a variety of eclectic, high-quality meals.

2. Loretta’s Last Call on Twitter Good, old-fashioned Southern food and hospitality is what this restaurant is all about, as is its content on Twitter. This is a fun account to follow, one that will inspire you to eat well and party hearty.

I’ve never been here, and by the looks of their Twitter feed I am missing out on something special. Not only does their Asian cuisine look delicious, their cocktail menu appears to be very creative and they even have a DJ in their lounge sometimes. VERY cool.

4. Regina Pizzeria on Twitter Having been serving their wicked popular pizza since 1926, they’re old, but young enough in spirit to be crushing it on Twitter, where they share a ton of fun updates like this one replete with hashtags and an emoji.

With more than 17,000 likes on Facebook, these guys are not only at the top of their game when it comes to serving food, they get social media, too. Lots of great food photos coupled with welcoming, engaging copy is what you’ll find in their feed.

The first restaurant most people think of when they think of going out for seafood is an excellent place to check out on social media, too, for a bunch of reasons, one of the biggest being you just might win a free cup of their classic, award-winning clam chowder.

Shining the spotlight on your constituency is what it’s all about on social media, which is what this popular North Station sports bar does so well on Facebook. Not only does including fan photos in your newsfeed show your appreciation for them, it increases the likelihood of your content being shared and reaching a much broader audience.

Samuel from @foodfordudes1 stopped in over the weekend and went all out! See which dishes he loved, and check out the Food for Dudes blog for more delicious recipes and reviews.

9. Deep Ellum on Facebook Compliments to the chef at this fine gastropub, as I’ve eaten there a number of times. Equal praise, though, should be given to whomever is administering to their Facebook page, as their posts there are written very cleverly, creatively and conversationally. Writing in lowercase only adds a touch of class – somehow, some way – consistent with their brand. 10. Wahlburgers on Twitter They’re famous for many other reasons, but the Wahlburgs have also made quite a name for themselves serving burgers, too. My wife likes this place near Fenway Park for its gluten-free buns. I like it for its tweets – and yes, of course, its eats, too.

Do you have a big appetite today? We have just the burger for you: The Triple Decker! pic.twitter.com/nEYGL3Cp4W

Getting Your Client to Yes – with These Simple Negotiating Tactics 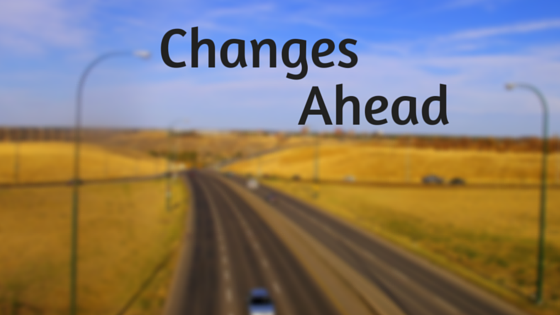 The Consumer – Your New Head of Marketing

Pretty nice post. I just stumbled upon your blog and wished to say that I have truly enjoyed surfing around your blog posts. Thanks and keep up the great work!